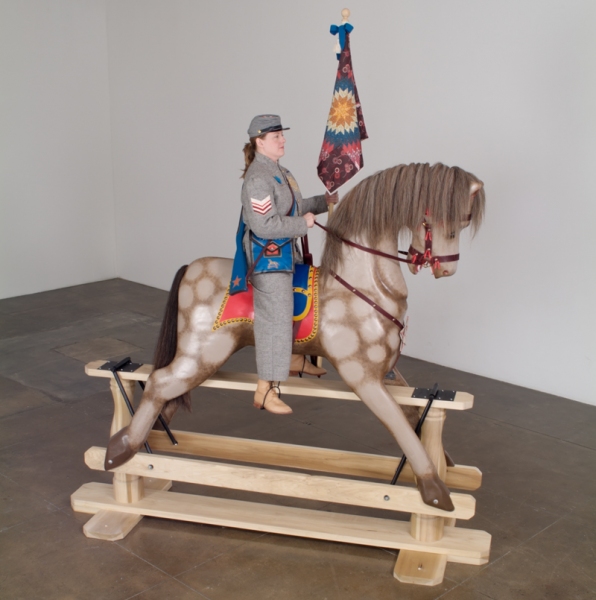 Hobby Horse is a sculpture that I made and performed in San Antonio, Texas during a residency at Artpace in the fall of 2006. It was originally inspired by a small, hand-carved rocking horse that I found at a county fair in England. I wanted to monumentalize the toy in homage to its anonymous maker, as well as to physically “enter” equestrian statuary, the best-known form of war memorial sculpture.

While riding the Hobby Horse in costume, I sang a song set to the tune of the patriotic Civil War song "When Johnny Comes Marching Home," which was in fact based on an antiwar Irish folk ballad. The Civil War version is a call to welcome home the heroic soldier, while the earlier song is a sad lament on the horrors of any war, wherein Johnny returns a broken man. In my own version, I asked when or if soldiers ever can "come home," rocking in place as a way of gesturing toward a contemporary state of cultural impasse. 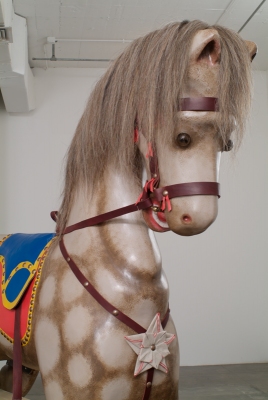 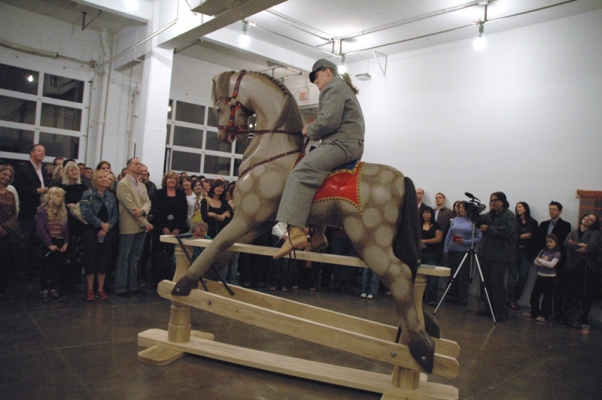 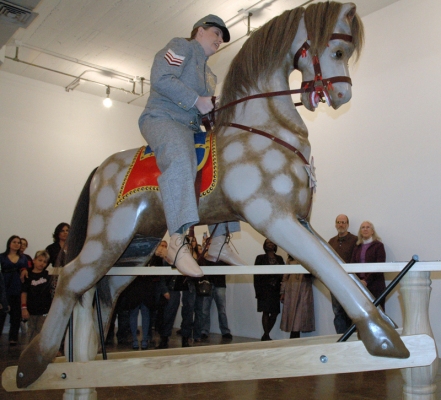 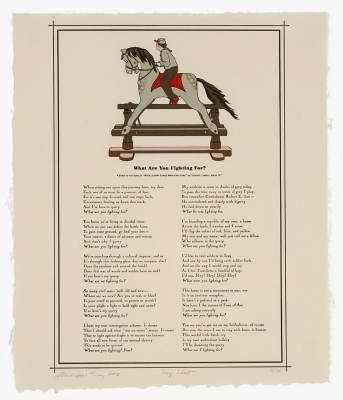 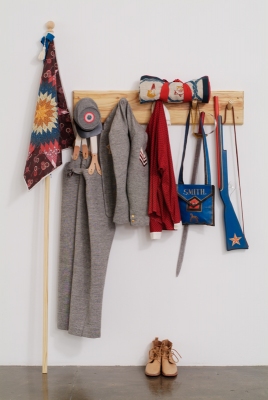 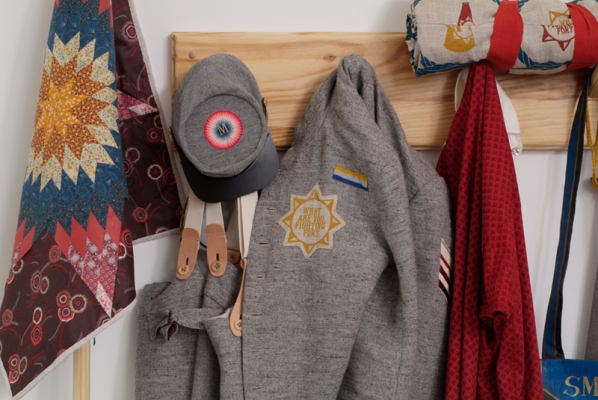 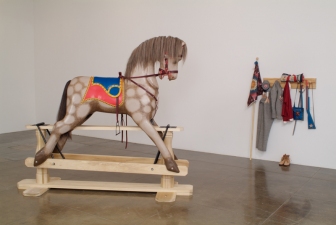 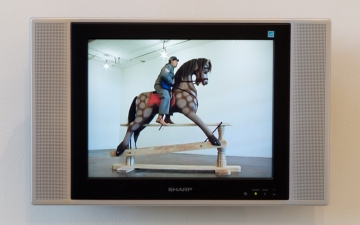 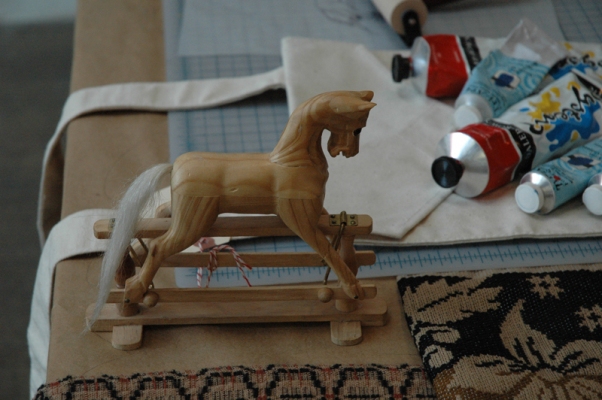 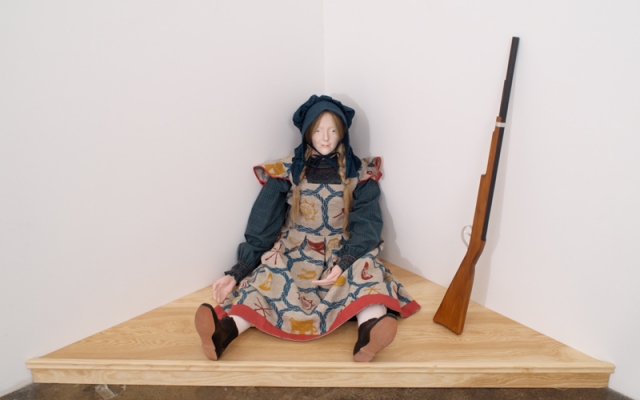 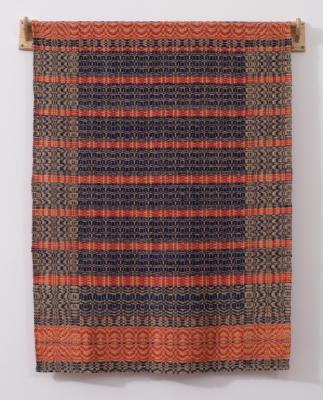