A sconce (skans in Swedish) is a centuries-old term for a type of fortification assembled as a base for defense operations primarily in Northern Europe. Mostly signifying a covering or protection, sconce is an interesting word of many meanings including a kind of candlestick, a fine, and a scull. Founded on the idea that historical events gain meaning and relevance when performed live in an open-air, interactive setting, living history as a form of history-making “institution,” as well as a form of entertainment and tourism, parallels the rise of 20th century modernism. The world’s first open-air living history museum was founded in Sweden in 1891. Its name: Skansen (The Fort).

Allison Smith’s work is carved from a fascination and investigation into the cultural phenomenon of historical reenactment. Combining sculpture, photography, textiles, and traditional craft, this new body of work sheds light on objects and spaces of historical reenactment as props and sets for the performance of fundamentalist nationalisms in Sweden and the US. While the apparent task of living history museums is to resuscitate the past by performing, as accurately as possible, everyday activities such as sewing, weaving, basket and rope making, metal- and woodworking, as well as the art of warfare, Allison Smith’s research-based projects question the underlying impulses—perverse, economic, and haunting—that drive history-in-the making as a form of knowing.

Exploring notions of gender, culture and authenticity through craft and performance and the connections of both to war, violence and the construction of national identity, she imbues a haunted symbolism to each object, image, act. The figure of the scarecrow is crossed with an antenna-like transmitter of signals and coded messages, the image of an overripe harvest feast is hoisted as a flag, and other allusions to the notion of the fort as a construction crafted to protect from unwanted intruders and ward off potential threats to resources. Following the logic of history as an active process, Allison Smith applies a conceptually haptic, material and textured dimension to her work that brings forward a reading of traditional craft as a carrier of multiple and complex messages. The military, the domestic, the problematic, and the political are all aspects that make up history, which in turn renders a simplistic interpretation of cultural heritage impossible. In Allison Smith’s material and thematic reenactments, positions that are built upon conservative narratives of history are set rocking.

In the midst of the rapid industrialization that would change the old rural Sweden forever, the founder of Skansen introduced the principle of performing the past for knowing ourselves in the present. Thus began the project to bring the traditional culture to life by exhibiting furnished houses and farmsteads, cultivated plots and gardens, literally inhabited by human beings and live animals. But how we go about knowing the past is never neutral. In a time when certain forces wish to turn back the clock by invoking cultural, national and economic arguments of dubious nature, the ghost of history is ever more present. The question is how we perform it. 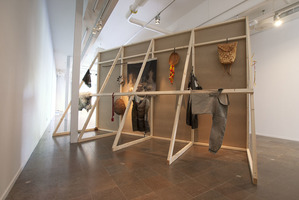 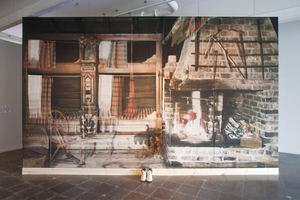 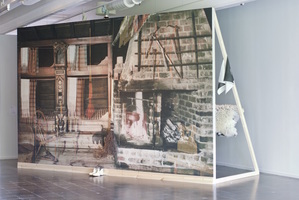 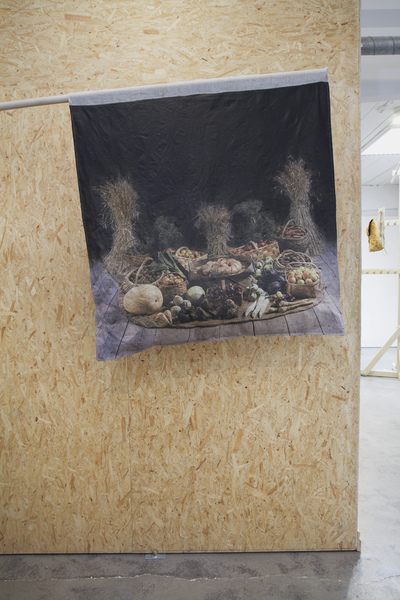 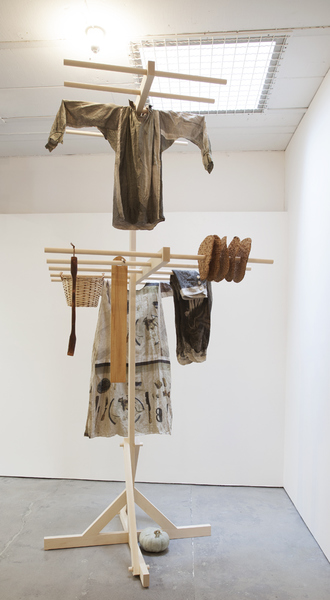 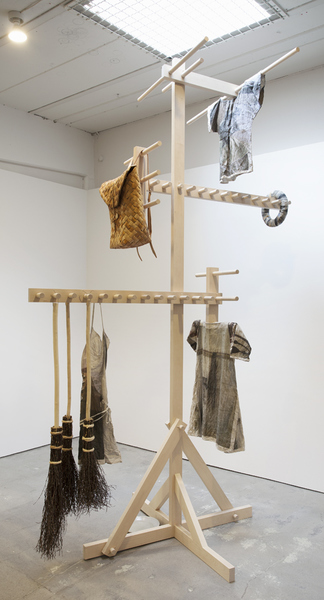 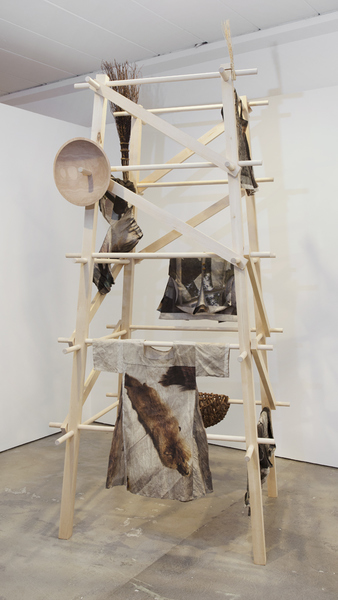