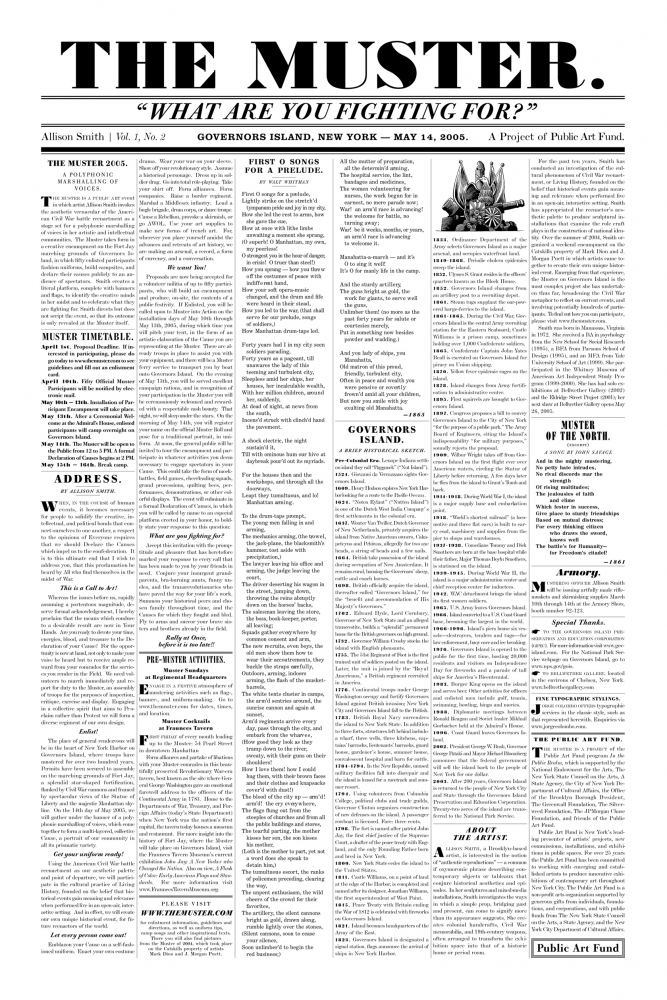 From 2004-2006, I organized a series of large-scale public art events in which I invoked the aesthetic vernacular of American Civil War battle reenactment as a stage set for a polyphonic marshaling of voices in my artistic and intellectual communities. Instead of pitting two sides against each other or reenacting a battle for which the outcome was already known, I organized these events around the question “What are you fighting for?” and called the project The Muster, a military term meaning a gathering of the troops for the purposes of inspection, critique, exercise and display. In 2005, the project took form in a creative encampment on the Fort Jay marching grounds of Governors Island, New York Harbor, in which approximately 125 enlisted participants fashioned uniforms, built campsites, and declared their causes publicly to an audience of over 2,000 spectators. I created a literal platform for free expression, complete with banners and flags, and led a formal roll call, which I called The Declaration of Causes. I directed but did not script the event, so that its outcome was only revealed at The Muster itself.
The Muster 2005 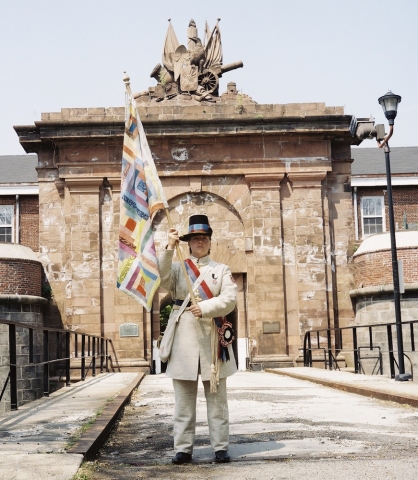 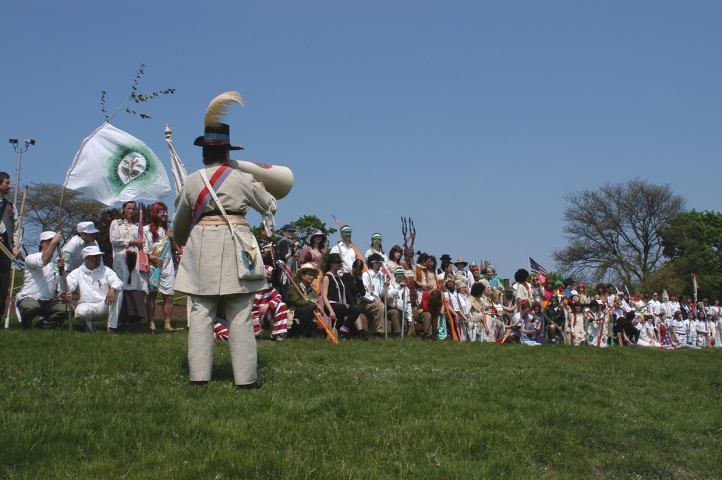 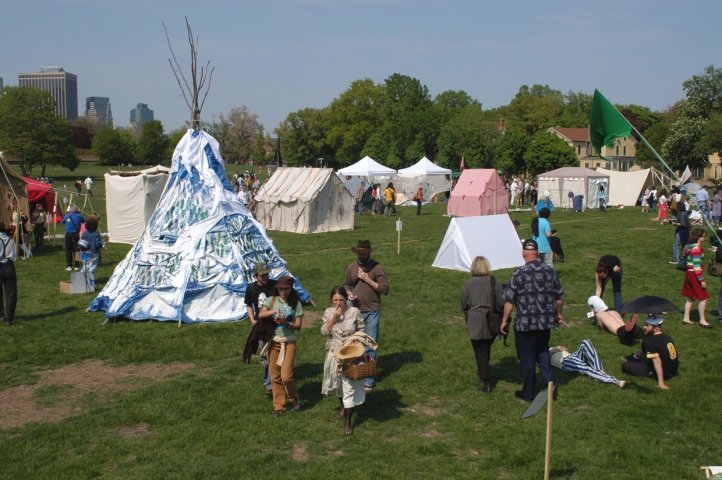 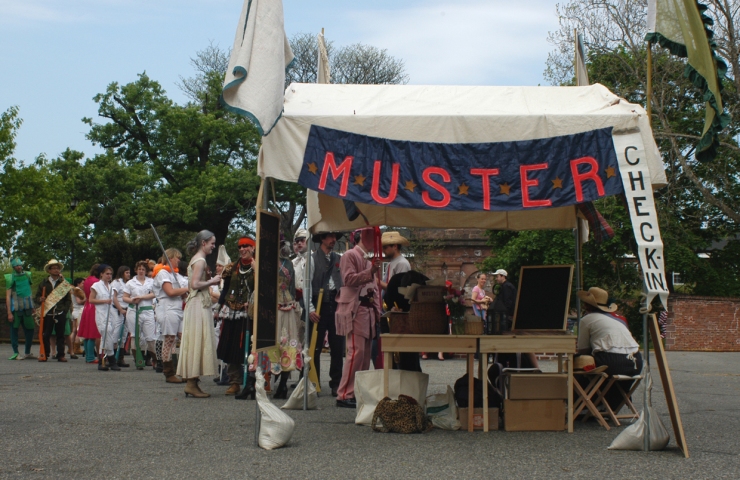 Participants Signing the Muster Roll
May the 14th, 2005 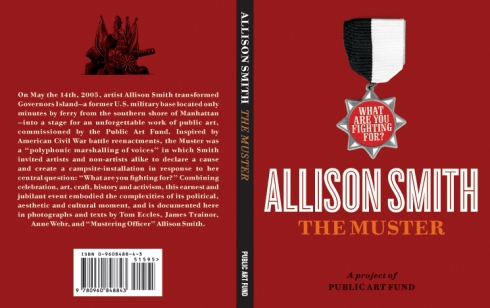 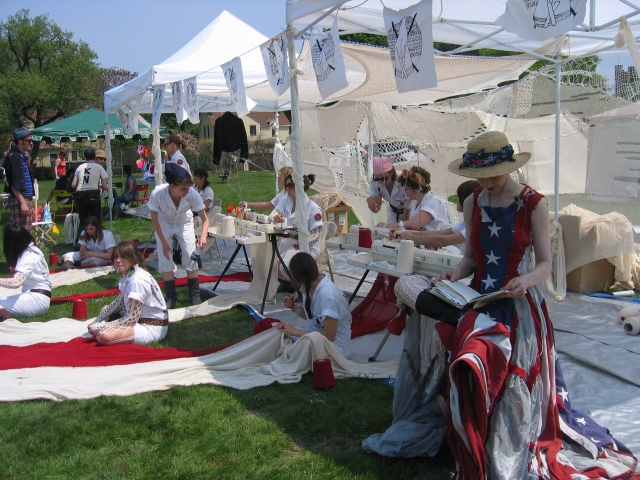 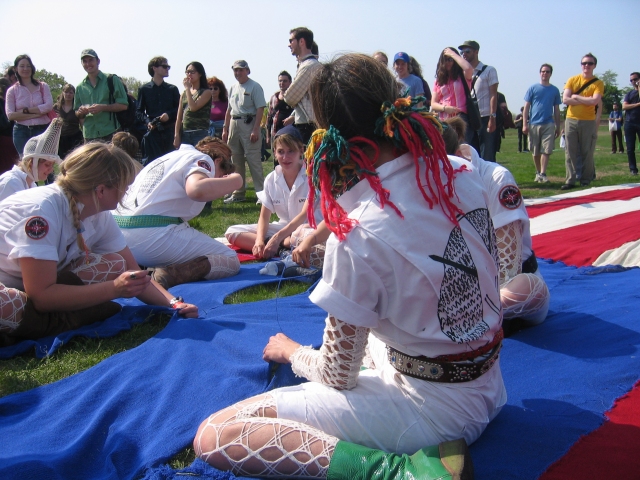