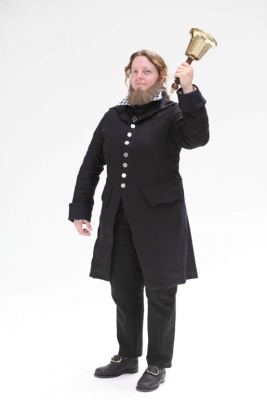 The Cries of San Francisco was a project in collaboration with Southern Exposure that invoked the historic tradition of street peddlers hawking their wares with melodic songs and calls as a means of offering up social revelations on the temporal employments, habits, and callings of nearly seventy Bay Area artists, craftspeople, and other urban workers. The Cries of San Francisco took the form of a public art event at the historic Old Mint building in San Francisco, a sculptural installation and a series of events at Southern Exposure, and a publication chronicling the project.

Originally inspired by The Cries of London, a centuries-old iconographic tradition encompassing thousands of storied images depicting city street merchants offering a range of goods and services, from primroses to rat catching, The Cries of San Francisco was a project that invited participants to make and sell crafted wares on Market Street, while “crying out” publicly on subjects of their own choosing. Merchants of food, flowers, sand, and matches; charcoal vendors and chimney-sweeps; basket sellers, knife and scissor grinders, chair menders, and love song writers: in urban folklore, whether as trickster border-crossers or as anchorless outcasts, street criers represent a liminal space between worlds. Questioning the essentialized personification of trades that historically locate economies of craft in and on the body, and by using the framework of historic street cries to articulate new subject positions, this project presented participants with an opportunity to consider their roles in historical processes. With a unique combination of soapbox speech making and sculptural drag, The Cries of San Francisco offered a crossroads in which participants' identities as artists, makers, independent contractors, small business owners, citizens, immigrants, or outsiders could be negotiated, performed, and addressed publicly.

Drawing from a host of media representations of peddlers - from the overly romanticized character types in Carol Reed’s 1968 film Oliver! to Mohamed Bouazizi, the Tunisian street vendor who set himself on fire in response to police harassment, in effect sparking revolution and protests in several Arab countries - some participants’ gestures resonated with contemporary issues of immigration and cultural displacement as well as the social histories and contemporary realities of downtown San Francisco’s Financial and Tenderloin Districts. Exchanges took the form of ephemeral acts and actions that crossed and blurred boundaries of public and private space while others served as a parody on commodity exchange and the capitalistic nature of the art market, offering up potentially useful models for contemporary artists working in times of economic uncertainty.
Cries of San Francisco 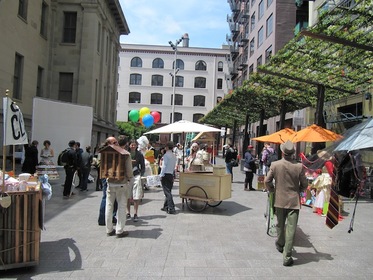 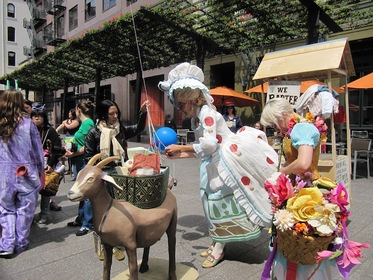 Anandamayi Arnold as The Balloon Seller, Aimee Baldwin as The Paper Petal Peddler
2011 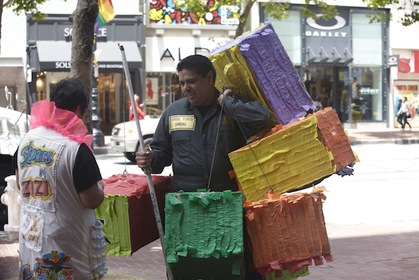 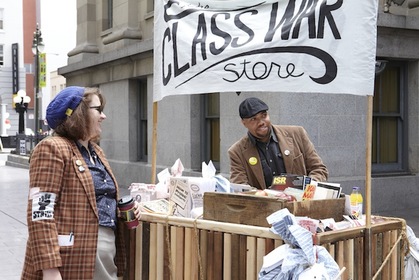 Art for a Democratic Society with the Class War Store
2011 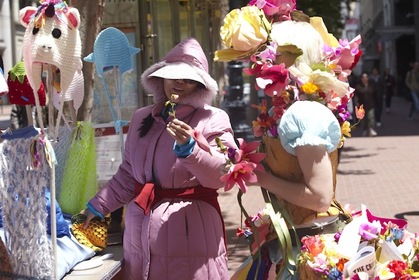 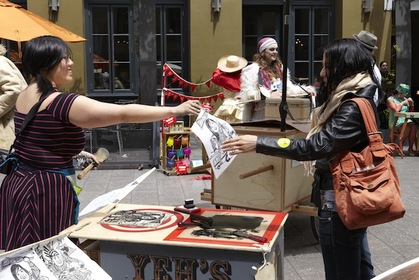 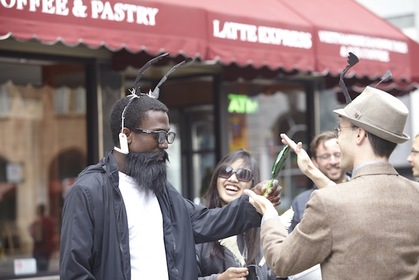 John Daniel as The Antenna Fella
2011 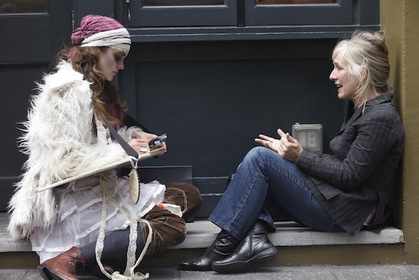 Maja Ruznic as Your Emotional Trash Can
2011 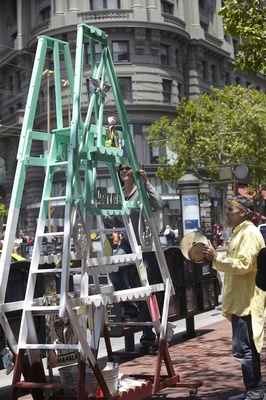 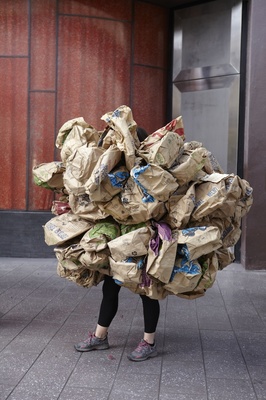 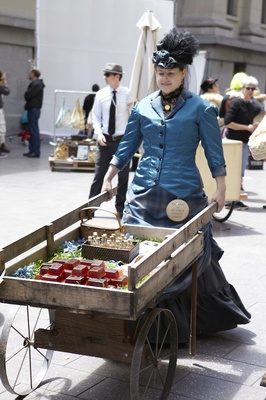 Celena Peet as The Peddler of Patent Medicine
2011 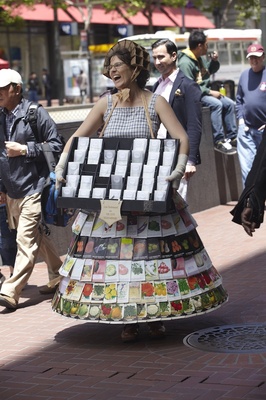 Lea Redmond as The City Seedswoman
2011 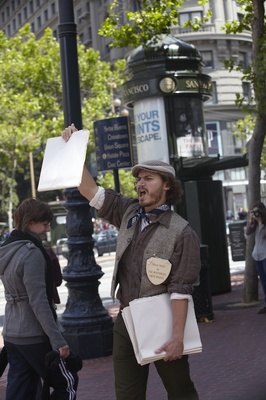 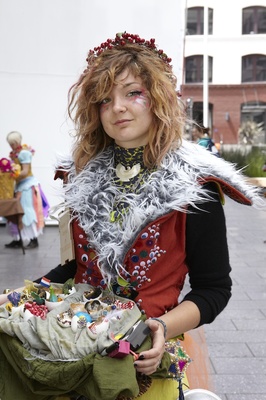