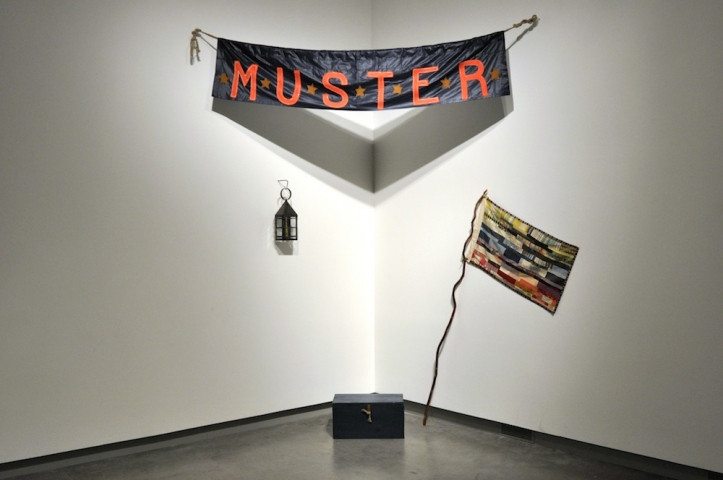 Public Address is a speech I delivered in New York in February of 2005. The speech elaborates on many of the connections I was making between the Civil War and current events, such as the red state/blue state cultural divide in relation to the Blue and the Grey, and the notion of Secession versus Union as an analogy for ambivalence between mainstream and counter-cultural values in the art world, feminist and queer communities, and the nation at large.

The speech discusses instances of queer mustering--the riots at New York's Stonewall Inn (coincidentally named for one of the most revered Confederate commanders Stonewall Jackson) and other quasi-militaristic displays of force such as Queer Nation, the Gay Pride Parade, the rainbow flag, etc. It comments on how the Bush Administration's mustering of fear and panic around the issue of same-sex civil union effectively swayed the vote in the 2004 elections, and it recalled the culture wars and campaigns for freedom of expression in the 80s and 90s. The speech was also an attempt to enlist participants in the Muster of 2005.
Public Address 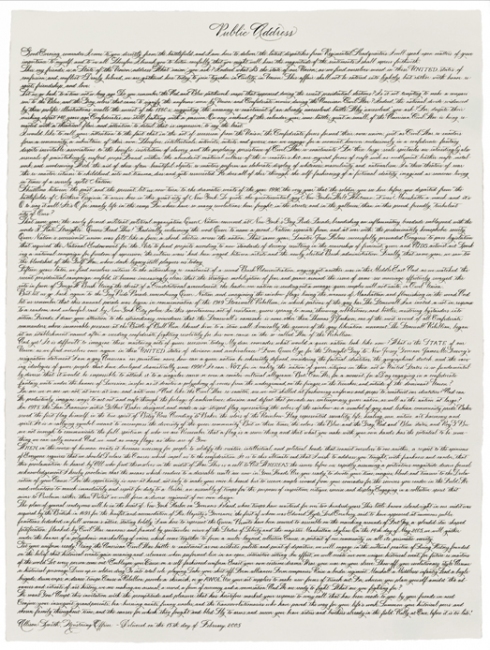